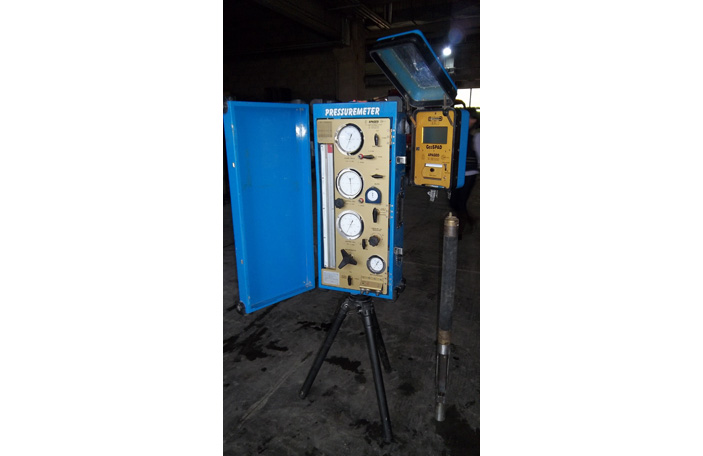 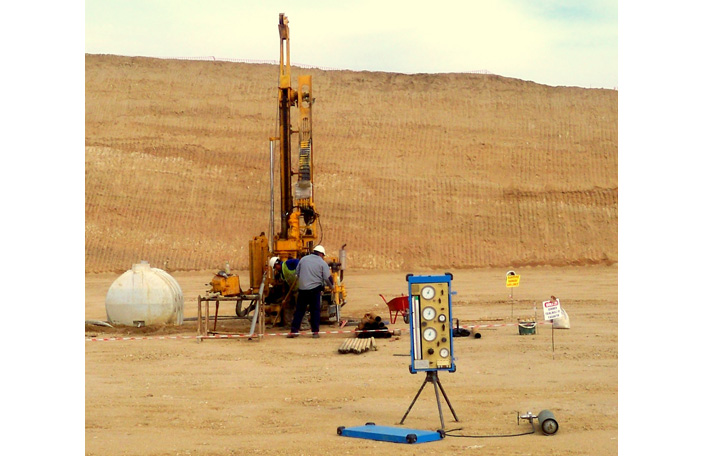 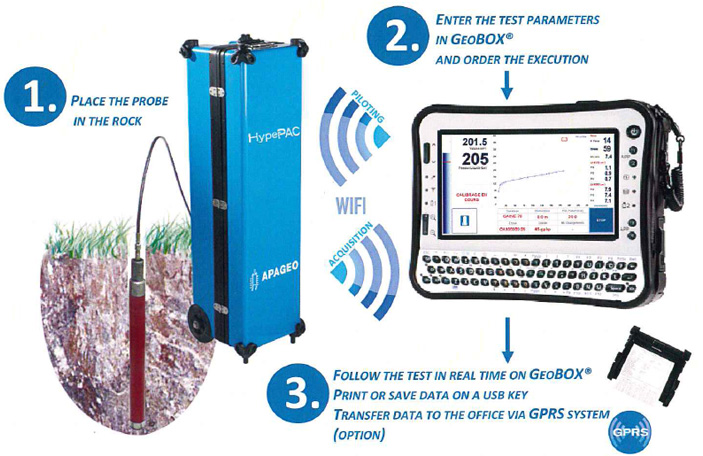 Commonly used in France, the pressuremeter test consists of a cylindrical measuring cell which is inflated by gas pressure to measure the horizontal resistance of the soil in a boring. The pressure and radial expansion of the rubber expanding membrane is measured, usually by means of electrical transducers, and the results can be correlated to the strength and stiffness of the soil. First pressuremeters were inserted into existing boreholes. Modern pressuremeters are self boring, are suitable for use in most types of soil and can also measure pore water pressures. This test is one of the few in-situ tests which allows to test soils and rocks in-situ.

The equipment Zemin Etud ve Tasarim A.S. has and use is an original Menard pressuremeter with electronic data acquisition (SPAD) system. This system can be seen in operation on the adjacent figures. The boreholes to be utilized for testing are to be performed with N size equipment compatible with pressuremeter probe.

The pressuremeter test is standardized and should be carried out ten equal loading increments (5 to 14 increments is tolerated) up to the point of failure. Readings of deformations with respect to time are taken for each pressure increment at 30 and one minute after the application of this increment. Test is terminated when yielding in the soil becomes disproportionably large (or maximum pressure capacity is reached, or the volume capacity is reached, or there is a risk of damage to the equipment). Regardless of the investigation scheme, the test must be carried out systematically in order to record accurately the variations of strength parameters in function of depth. Discontinuities in the test spacing are not allowable.

From the load deformation diagrams obtained at each level, the main mechanical characteristics of the soil/rock are calculated, i.e. the deformation modulus E and the limit pressure PL, at failure. A limit pressure is estimated from the last few readings of the test and a pressuremeter modulus is calculated from pressure-volume changes read during the test. This obtained data can easily be correlated to the rock mass/soil classification data obtained from core samples taken from boreholes. Strength of in-situ rock/soil formations can be approximated from deformation moduli and compared with the ones obtained from core samples.